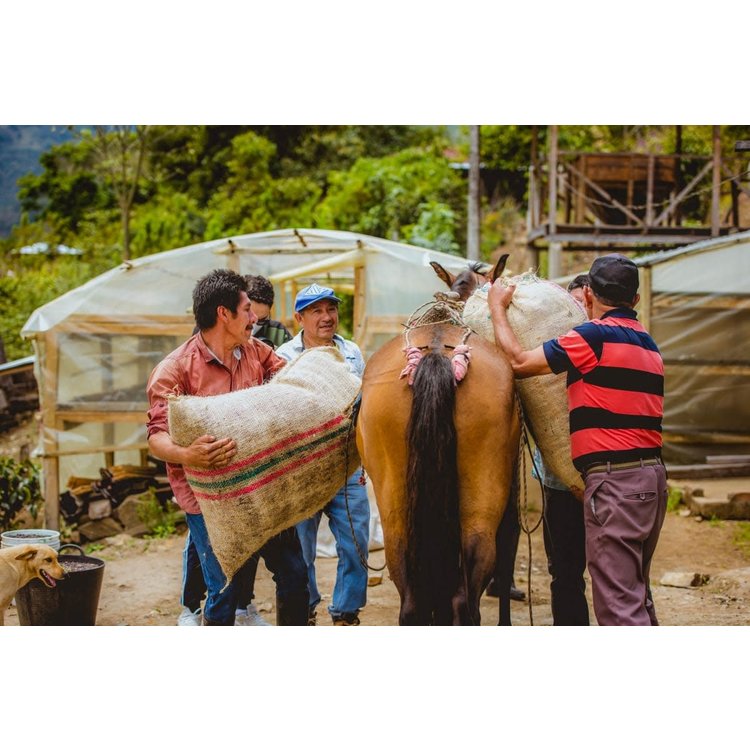 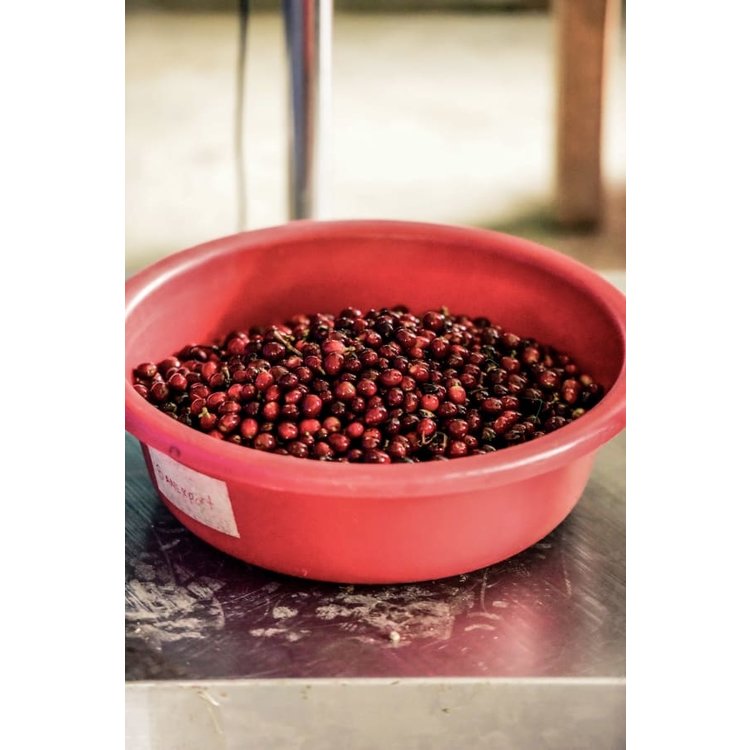 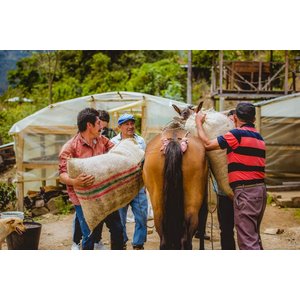 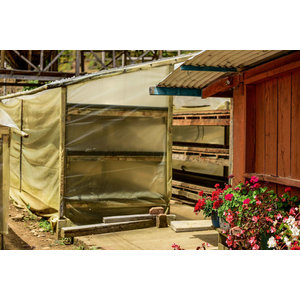 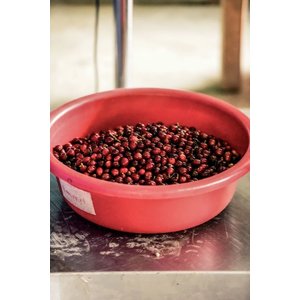 Manos Juntas is a micromill in Sotara area of Colombia's Cauca region, operated and managed by our exporting partners at Banexport. The entire concept of this micromill is based on simplifying tasks and responsibilities, for both producers and Banexport.

This particular offering was first purchased in its cherry form when delivered to the mill by eight local producers, on the day of harvest. Upon arrival, the Brix and pH were recorded, and the cherries are placed in large hermetic tanks for a five-day-long anaerobic fermentation: Each tank is labeled with the name of the producer, to retain traceability. During this period, nitrogen gas is introduced into the tanks in order to stimulate the yeast. Brix and pH are measured constantly through this process and are used to determine the stopping point for fermentation; the coffee is then subjected to 20°C temperatures in order to cease fermentation and remove the yeast and other microorganisms. The cherry is then "aged" in tanks for a period of five more days before they are taken to solar dryers. Drying takes 30–45 days.

There are currently eight producers participating in the Manos Juntas program, each one a smallholder with 1–2 hectares of coffee. The varieties in this lot are Colombia, Castillo, and Colombia F6.